Let me write a post about something that I experienced recently, just like a real blog would do.

Early this month I attended a virtual symposium Sonnets from the American  organized by Dora Malech and Laura T. Smith.*  I’ve heard “Zoom Fatigue” is a thing now, but I found it energizing. I’m still integrating things from this experience, but here are a few preliminary things this three-day program brought forward.

There’s still a lot to be discovered out there for me.  Even when I saw the listing of sessions, I came upon the subject of Fredrick Tuckerman’s poetry, a name that I’d never heard, and someone who was certainly not part of the American Lit canon in my mid-century day. I can see why he’s a fascinating subject, and the simplest thing I can say about his biography is one could quick-take him as “a male Emily Dickinson.” Similar locations, times, and period of social isolation. I’ve read a few of his sonnets, and so far they aren’t grabbing me, but then that may be me. I’ve been quite distracted as this difficult year has progressed.

Americans don’t mind messing with the sonnet form.  I started writing sonnets around age 20 or so. It was the first poetry form I cottoned to, and the only one that I’ve ever practiced much. There’s something about the length of 14 lines, long enough for a contrasting pair of lyric statements, but not so long as to ask the reader to maintain the mind-meld intensity lyric poetry asks for past endurance. The venerated Petrarchan and English/Shakespearean forms have mechanisms that have been established to work, and I wrote close to the form to start. I recall writing a crown of English sonnets as a 20 year old in a barracks on a fair grounds, but mostly since then I’ve wanted to see how many variations I can create inside the 14 line form, while at the same time worrying that I was cheating by not being faithful enough to it.

In session after session I learned from scholars that Americans not only brought a different sensibility to the matter of their sonnets, but that they didn’t mind morphing the form too. And why not, after all the Elizabethans didn’t just clone the Italian form.

I’m pretty sure I’m not up to snuff as a scholar, but I like running into scholarship.  Compared to any scholar (and many avid readers) I’m under-read. I’ve perhaps read more poetry than a few, but I’ve read many fewer novels than almost any serious literature person, and I’ve got lots of holes in contemporary poetry that this project doesn’t help me in remediating. And at my age, there’s also the “I read it fifty-years ago” factor. The younger scholars at the event had a reasonable retention of what they had read, perhaps more than I have read in my longer time. Is there a minimum amount of poetry one has to have read to have a significant interaction with it? I’m unsure. But what the scholars presenting at the event brought to this is new outlooks, new connections. In my modest, under-read way, this is what I try to do here.

To non-scholars who read this, if you think (perhaps put off by scholarly terminology or personal educational experiences) that scholars have dissected poetry only from corpses, the Sonnets from the American  event let me see the real enthusiasms that are out there.

Just this month I’ve noticed that the Royal Holloway, University of London seems to have linked to some thing or things I’ve written here. The referrers link lets me know that folks are coming here via that institution, but the referring links are behind a staff/student login, so I don’t know what. I’m not sure if that’s a blessing. I might be embarrassed by what I wrote!

There are more light-skinned people writing about Afro-American poetry.  I’m a hybrid music and poetry guy, this shouldn’t have surprised me. While this is a complex and delicate subject which cannot help but interact with wider social forces and existential injustices that this post cannot even begin to cover, in my 20th century Afro-Americans tended to write (where they had the opportunity) about current or recent generations of Afro-American music, and white writers, performers, and impresarios did a lot of the noticed work in reviving interest and applying attention to older Afro-American musical artists and forms. This is changing in the 21st century.**

Again, there can’t help but be an overlay of the American racial caste system here, but my observation, blinkered as it may be, is that this factor still exists in music scholarship and non-institutional enthusiasm.

Now this project is enjoined by practicalities and by copyright law to concentrate on pre-1925 texts, which means that my interests in Afro-American poetry must make do with a shorter list of authors, but the Sonnets from the American event had plenty to interest me there. I could fill my dance card with presenters who’d have something to say about Paul Laurence Dunbar, Claude McKay, and Jean Toomer. One of my favorite pieces I’ve presented here, Toomer’s remarkable Modernist love poem “Her Lips are Copper Wire,”  a 12-liner that works like a sonnet, got mentioned in several sessions I attended. Another personal favorite of mine, Fenton Johnson, got a shout out in question time at another.

I don’t want to give a misleading impression here. There were people of color presenting at this event and presenting important insights, but in the current isolation of my project I could think I was the only white guy whose interests in “Other Peoples Stories” included Black Americans as well as Elizabethans, Tang Dynasty Chinese, South Asians, various early Modernists, some French-speaking guys, and sundry 19th century library stack dwellers. 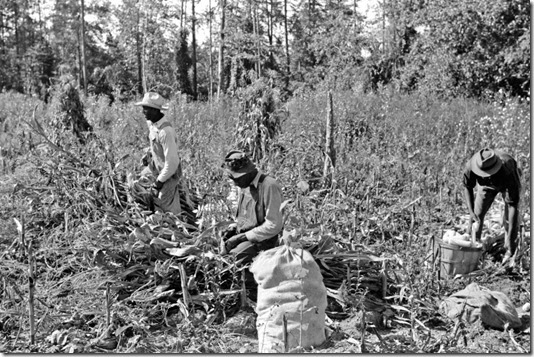 Since I’ve written this instead of working on new audio pieces, I’ll leave you with a piece I did last autumn, Paul Laurence Dunbar’s poem “October.”  Dunbar, the first successful Afro-American poet, emerging late in the 19th century, wrote in several styles: dialect poetry that I find hard to read and impossible to present, competent variations of late 19th century literary poetry and subjects, and a handful of poems speaking about the experience of an American Black man in an era when the promise of freedom was decaying steadily into a new era’s variation of denial of humanity. It’s those last poems, small as the number may be in his work, that he is most remembered for now. But what about this one? On the face of it, this is a harvest poem, a “happy autumn” number taking joy in the last bounty of fall.

It works entirely on that level. I’m not enough of a scholar to tell you if Dunbar ever expressed any other intent in writing it.

Now, listen to or read the poem again. Published in 1913, when large numbers of Afro-Americans were trapped in a feudal agricultural share-cropping system, where harvest’s bounty went to the white landowner and their family. I can’t unread the subtext here.  My performance of Dunbar’s “October”  can be heard with the player gadget you should find below.

*I found out about this symposium via writer/editor/professor Lesley Wheeler. A big thanks to her for that! Wheeler’s own presentation at the event was on sonnets with radically short lines, a variation that I hadn’t thought of or tried.

**And wait a few years, and any fresh Afro-American musical innovation will get adopted by white musicians. I’m an American musician—most of the notes are Black. This blog started out largely focusing on the early 20th century Modernist poetry revolution, part of a multi-art-form change. Fenton Johnson’s poetry and Toomer’s Cain  are public domain examples of Afro-American Modernist poetic work from this era that I’ve run into so far, though maybe there are others yet for me to find. But, but, but, if one asks the question: “Where are the pre-1925 Afro-American Modernists?” all you have to do is look to poetry’s sister art music and the blind will see.

3 thoughts on “I’m not a scholar, but I play one on the Internet”