Continuing on with our countdown of the most popular pieces here this past spring, I find a few things that break the usual patterns. So let’s get on with it and see what we find that were the most liked and listened to since March 1st. The bold-face titles are links to the original post presenting the poem, so you can easily visit those to read more about it and what I said back then.

4. To a Fat Lady Seen from a Train by Frances Cornford. This short poem in the tricky triolet form is as catchy as a nursery rhyme and is fairly well known in Cornford’s native Great Britain. Besides that earworm quality, the poem is weird in it’s shocking and concise frankness of observation, even more so when one considers it was published in 1910, pre-“Prufrock”  and “Hugh Selwyn Mauberley.”  It seems to have raised a little ruckus in its time too, as A. E. Housman and G. K. Chesterton both wrote parodies of it, and so by way of equal time I performed Chesterton’s parody as well in my presentation of Cornford’s poem.

Cornford is another of those worthy-of-greater-attention poets that I’ve enjoyed finding in this project. This spring I presented a poem of my own about the bourgeois and un-artistic lineages of some of our greatest poets. Cornford would be a countervailing case. She descended from William Wordsworth, the great reformer of English poetic language and Charles Darwin, the revolutionary evolutionary theorist. I may be something of a Leveler myself, but I won’t hold it against her.

Pattern breaking? This is a second poem by the same poet to appear in this Spring Top Ten, and it’s quite different from the charming Walter de la Mare-like narrative of “The Old Nurse.”

3. We Wear the Mask by Paul Laurence Dunbar. Pattern breaking? This isn’t a piece that was presented this spring, but back in February. Most of our pieces get a third or more of their listens in the first week, and in this one’s example, those listens were counted last winter—but listens continued this spring at a high enough level that here it is at number 3.

Dunbar is America’s first successful Afro-American poet, and this poem is often read as an eloquent statement of the burdens of bearing up under racial oppression. And that it is, and so it retains a still unavoidable relevance. If you follow the bolded link, the original post includes the guitar chords for my conversion of Dunbar’s poem into a broadside to sing.

Here’s the wisest thing I know about protest songs. Does singing a protest song change the world? Not necessarily. But for the moment you sing the song, perhaps together with others, it likely changes you, for as long as the song continues. Therefore, it’s good that we continue to remember Dunbar’s poem in voice and song.

Not to trivialize the immensity of the struggle against the evil of racial oppression, but as I write this in June 2020, I’m struck by the marchers and mourners here and elsewhere during our Covid-19 pandemic wearing their masks, a gesture to help protect others from the spreading of that virus. “We Wear the Mask”  indeed. 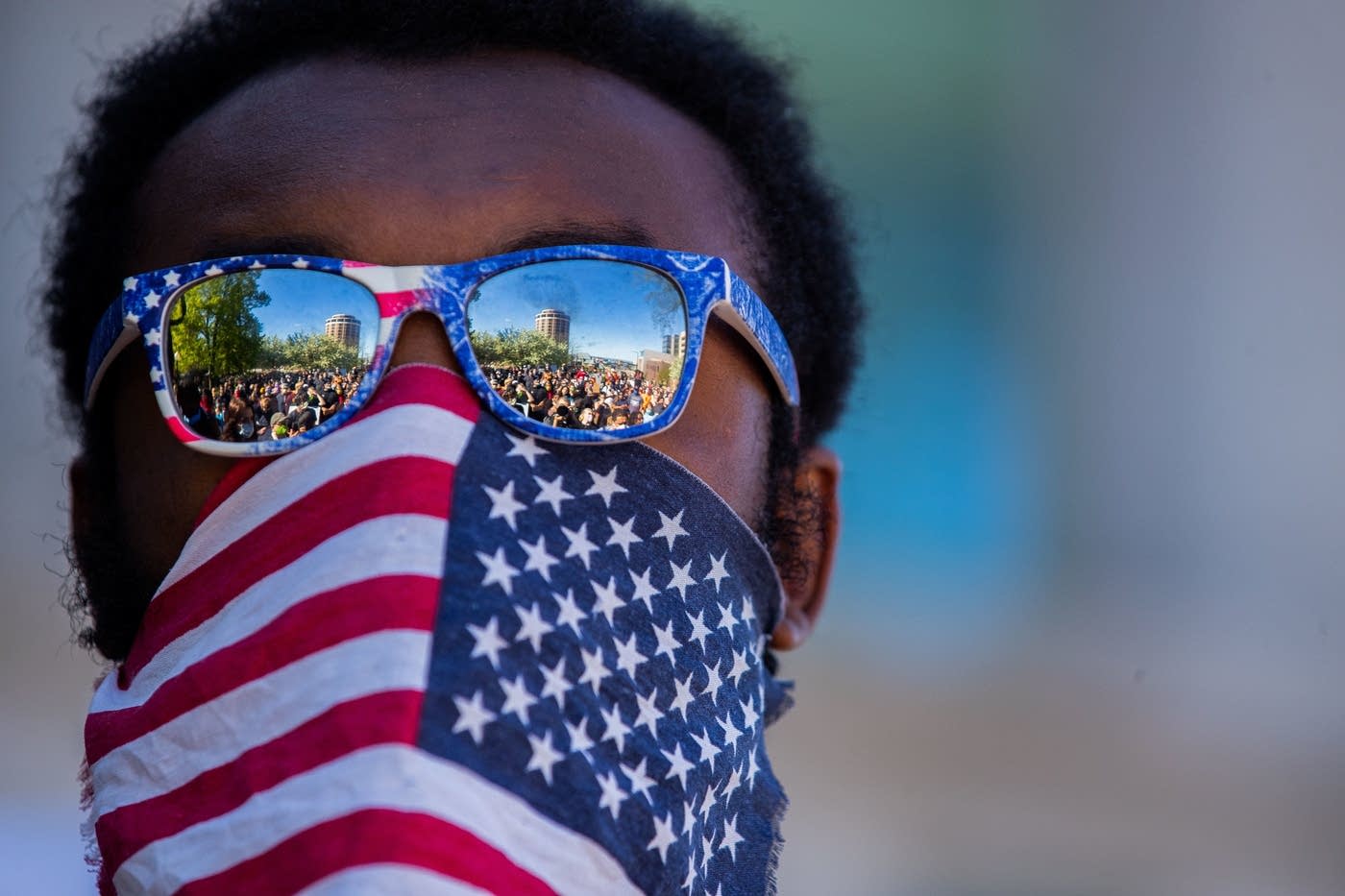 “We wear the mask” photo from Minnesota protests on the killing of George Floyd. photo by Derek Montgomery for MPR News.

2. The Stare’s Nest at My Window by William Butler Yeats. Odd how this poem snuck up on me. I noted a Yeats book it was in had moved into the public domain, and I read the entire poetic series it was part of with an initial shrug. The esoteric mysticism of Yeats is not what attracts me to him, and these poems seemed overdependent on that aspect.

So, what about Yeats attracts me? Well, the beauty of his language certainly, but also his quests to see poetry as something again suitable for performance and to revivify the cultural heritage of his nation which had been much damaged by colonialism.

Somehow I wanted to know the context of the poems, and to find that this poem was written in the midst of a civil war made it more pointed, more charged. Then, later this spring I sat in my room, flames and smoke within my own tower’s view. “A man is killed” and “We had fed the heart on fantasies” are phrases in a poem. Nice words, they scan well, just phrases in a poem?

I’ll be completing the countdown soon with the most listened to and liked piece from last spring. Hit follow or check back to find out what piece that’ll be.