We’ve made it to more than 90 posts into the Parlando Project without doing any Shakespeare, which I believe may be some kind of record. It’s not an intentional slight, it’s just that we’ve been busy with other words.

I grew up in a little Iowa town named Stratford, the same name as Shakespeare’s birthplace, and this coincidence instituted by land speculators a hundred years or so before, impressed on me the importance of poetry. This was not the only misapprehension of my youth, but it was long lasting one, as here I am countless decades later, delighting in words being costumed in music. 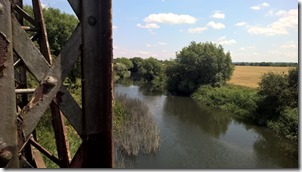 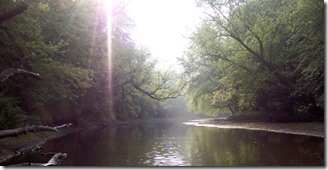 Two summer’s days: one of these is the Avon river through the forest of Arden in England,

and the other is the Boone river near Stratford Iowa in the U.S.

Today’s episode uses the words from Shakespeare’s Sonnet 18, “Shall I compare thee to a summer’s day.”  Like many Shakespeare pieces, there are lots of performances of it around, which is one the of the values of Shakespeare—you can contrast your performance against others. Many performers of Sonnet 18  like emphasize the wit in it; and wit there is, with it twisting around the idea of comparing one’s beloved with the beauties of nature, which is developed further as the idea that the inconstancies of nature necessarily include aging and death.

Others like to embody the sensual in the poem, the lush language. The third line ends with “the darling buds of May,” a phrase, good enough to be swiped for the name of a fine Welsh 90’s indie-rock band. I don’t think you can escape from that musical language. The entire second quatrain uses near and exact rhymes for each line, a sound that rubs and slides against the ear.

I made two choices in emphasis that differ from others. First, I wanted to bring out the brag in this. The speaker in this poem, who the author is at the least pretending to be, is claiming that he can make his beloved immortal by the power of his verse. No small claim—but in Shakespeare’s case, it’s not bragging if you can do it. And to add to the swagger, I stressed the beat a bit more than I might usually. I made the speaker a little less coy, a little less playful, and little more assured that he’s more than the “upstart crow” that he was seen as by some early in his career when he was writing his sonnets.

Musically I declined to use my main instrument, the guitar, this time. Once I had the drums and bass down, I thought they were enough to support the words on their own, so I added only some scattered piano chords to help outline the harmony.

To hear my performance of Shakespeare’s “Sonnet 18, Shall I compare thee to a summer’s day”  use the audio player that appears below. Today’s piece is quite short, less than two minutes long, so it’s a good way to sample what the Parlando Project is doing. If you like it, we have more than 90 other audio pieces available here using various words combined with various music.