Since this is National Poetry Month in the US I’m hoping that I can exceed the usual 7 to 8 posts a month pace I’ve kept up here since the Parlando project began last August. The next audio piece should be up this weekend. For those who haven’t read the early posts here about what the Parlando project is, I usually summarize it as:

The Parlando Project is words (mostly, but not always poetry) accompanied by music (various kinds).

The Parlando audio pieces have been downloaded by podcast subscribers since launch almost 4,000 times. Given that we are now past the halfway point, I thought it might interesting to let you know what the “Top Ten” downloads have been so far. In Casey Kasem form, we’ll count it down upwards from 10 to 1. There are links in the list if you missed one of these audio pieces and the posts about them.

10. The Spring of Dead Things. One of the 3 pieces in the top 10 where I wrote the words. That’s OK with me, but one of the Parlando Project aims is “Other People’s Stories” which leads me to feature other people’s words more often than not. There’s lots of folks reading their own poetry out there, which is good in itself—but there’s lots of people reading their own poetry, so think there’s an unmet need for reading others work.

9. The Garden of Trust. One of my personal favorites. Weston Noble’s thoughts on the power of music, hard-won thoughts he expressed after a lifetime of work, touched me the moment I first read them, and my feeling only deepened when I found I was able to hear him express those beautiful thoughts in a recording made before his death. My thanks again to Luther College for allowing me to use this recording in my piece. If you want to sample one thing that the Parlando Project represents, and it really doesn’t represent one thing, start here.

8. I Felt A Funeral in My Brain. Writing the Parlando music and considering the words for performance has deepened my appreciation for Emily Dickinson, whose words we’ve featured more than any other writer, and I rather like my music for this one as well.

7. For John Renbourn Dying Alone. I hope some of the listeners to this piece who like acoustic guitar music find this a gateway to Renbourn’s music.

6. Arthur Koestler’s Death Song.  Although we’ve featured Dave Moore reading and singing his own work here, and there will be more of that to come later this year, his Top 10 appearance is for a piece where he wrote the words and music, though I performed it.

5. Eros. I sometimes wonder if this one gets a bonus from those searching for or intrigued by its title. Another one where I’m happy with how the recording and the music turned out. I remind myself that I should learn more about Emerson’s Transcendentalist revolution.

4. 2ebruary. There’s no telling what the “bonus” may be that’s lead more people to this piece. It could be the discussion of the movie “Patterson”  in the notes, or it could be the connection to bicycling. Or perhaps it’s the connection to Frank O’Hara’s “I do this, I do that” poems that I treasure and try to emulate. If you like this, I have another bicycle ride poem coming up later this spring.

3. Boris Pasternak’s February. We’re into the top 3 now.  I was remarking to Dave Moore during a break in our recording session yesterday, that February rather than April should have been picked as National Poetry Month, as the deep dark end of winter engenders more cruel monthly poetry. Pasternak gets to help prove that point here. One regret I have with what we’ve done so far with the Parlando Project is that I have not received permission to post our version of Margaret Atwood’s “February”  here.

2. Hymn To Evening. Speaking of things I treasure, hearing Phillis Wheatley’s story on the Freedom Trail in Boston is another one. Art is this thing that, unlike even persons, no one can own. Colonialism is a system that crosses oceans to take things from other lands for profit. Art is the system that sends out messages that can crisscross time and oceans with the information inside our breasts. 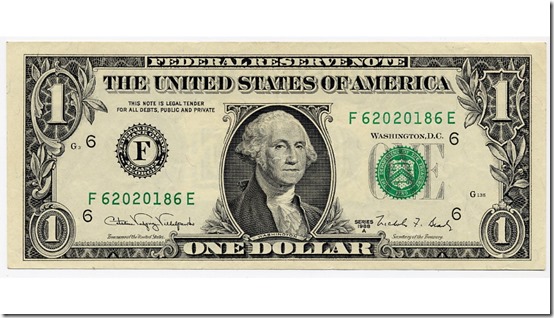 1. Frances. Interesting that two pieces from the colonial United States are 1 and 2, and that a piece with words by an young amateur poet tops the list. Maybe this is a tribute to the Pixies/Nirvana loud/soft arrangement trick in the music? Or that when it comes to subjects, love conquers all? Or that acrostics are about to become a thing?

Please continue to read and listen this month. I have a lot of planned pieces I’ll think you’ll like coming up here. Remember that the Parlando Project seeks variety in music and words, so you may hear things you like as well as not like as we go along, but stick with us as we want to continue to surprise you. I also want to thank those that have hit the like buttons on their favorite posts, and those who have hit the RSS button to follow this blog.