Last night my computer news feed informed me that Chuck Berry had died. As with any 90 year old of a certain fame, the obits with their career summaries were already considered and ready. There were many elements the obits needed to include, and they did their job. 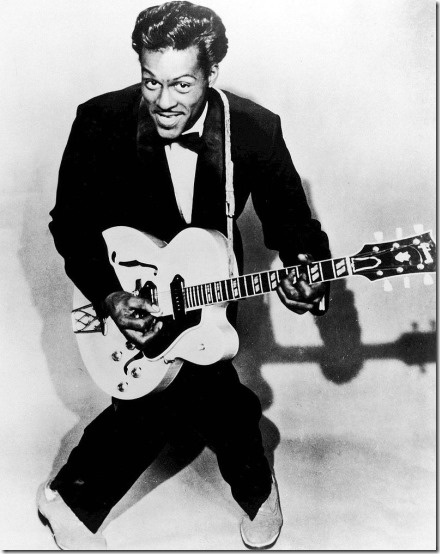 “Whenever a thing is done for the first time, it releases a little demon”

Around 40 years ago I wandered into a group of Minnesota poets who called themselves The Lake Street Writer’s Group, because they all lived, as I did then, within a few blocks of this main Twin Cities east/west commercial street—but what attracted me to them was that they had considered The Chuck Berry Writer’s Group as a leading alternative to that name.

I was then (as I am sometimes still) an obscure little poet. I like my works short, but I don’t require them to be all that clear or straightforward. I like them to play with words, both in the sense of assembling and using words in new ways; but also in the sense that they play with words in the same way that musicians play instruments. Chuck Berry was a beautiful example of that.
Tomorrow is the first day of spring.  Here’s an example of my trying to do that.  We know how to write the traditional spring poem. Spring! New beginnings! Happy blooming flowers! That’s probably the most welcome and acceptable way to write a spring song, because the world needs hope—but is it the only way?

What does spring’s beginning really look like? A few posts back I presented Boris Pasternak’s “February,” where he described a winter thaw not as a promise of Easter Bunny spring, but as a mucky, crow-ridden, rotten-fruit invocation of tears. Early spring is the cyclical end of dying, but as the wheel reaches March 20th, death is still palpably there to be ended.

For death, Spring is change—and how do we often react to change, particularly change that is imposed on us externally? I decided to tell that slant, to speak from those winter corpses at spring’s beginning. After all, we don’t choose spring, it’s decreed to us by nature and any ruler of nature we believe in, and nature is not a book only of triumphs, it’s full of predation and predestination.

“Nature is a Haunted House – but Art – a House that tries to be haunted.”

My audio piece “The Spring of Dead Things”  is not in the musical mode of Chuck Berry—it’s more to the emo stylings of Emily Dickinson—but as players of words, these Americans had their slant bells to ring. To hear mine, use the gadget that appears below.

One thought on “The Spring of Dead Things”