Most of the words this project uses started out as poetry, and poetry is a form of literature. So, one might assume that I’ve read a lot of novels. I haven’t. I’ve set no ban against the form, and I’ll read one or two a year, but the ones I read aren’t usually considered great literature. Essays, poetry, poetry collections, biographies (and less commonly memoirs), non-fiction accounts long and short, historical and current — my reading dance-card is full, and at my age I’m not sure I’ll ever rebalance my reading investments.

As he aged, Vonnegut apparently fell out with the conventional ideal of the novel too. Even some of his earlier novels had elements in opposition to long fiction either literary or popular as generally considered, and so his reputation as a “great writer” or as a “best seller” were both constrained.

Luckily for this project, which likes to combine words with music in various ways, and prefers short, condensed forms of expression for that, Vonnegut is very quotable. Fictional characters who are quote collections and makers of short speeches are not the stuff of literary esteem, but then the results have other uses. Today’s piece is an infant-baptismal litany that a character in one of Vonnegut’s earlier novels* proposes to give, and it’s become one of Vonnegut’s most remembered and requoted passages. 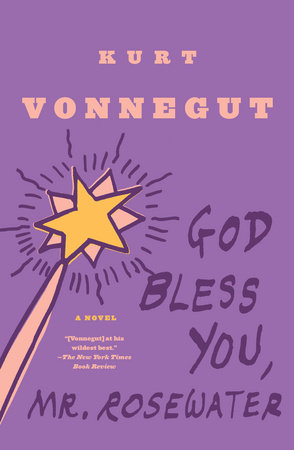 For all his literary eccentricities and opinions, Vonnegut and his novel does remain in print.

The performance here, and probably the rest in the series to follow, was performed live in one-take by the LYL Band on April 15th 2007, the week that Vonnegut died, and these presentations are taking place in the week of the 99th anniversary of his birth. All these performances are imperfect in one way or another, but at least for me I still hear the emotions in-between the notes as Dave Moore and I made note of a departed writer’s spirit. Today’s piece was the first one we preformed that day.

A player gadget for “Hello Babies”  is below for some of you, but not everyone reads this blog in ways that display that, so I offer this highlighted hyperlink which will also play this short performance.

*The Vonnegut novel this passage appears in is God Bless You, Mr. Rosewater,  which I must confess I haven’t read. I say that just as a matter of honesty, not as a review or recommendation which I’m obviously not qualified to give. I suspect I’d like it when and if I get around to it. For counterpoint, here’s a review, contemporary with the novel’s publication, from the New York Times were the reviewer proves a maxim that I often repeat here: “All artists fail.”

One thought on “Hello Babies”