Recently I mentioned I might return to the Modernists of 100 years ago who inspired a lot of the material I’ve used here over the years. And indeed, I read two early William Carlos Williams collections early this new year looking for material as I prepared to do that.

And then, as a novel from 1925 warned: “Somewhere back in the vast obscurity beyond the city, where the dark fields of the republic rolled on under the night….” and we’re borne ceaselessly into Make the Confederacy Great Again. Doomscrolling overcame me, and my concentration scattered without need for pepper spray. Unlike some others this week, I don’t want to play-act armed revolution — and despite the abundant wrongs and injustices of my government, I’m not even enthusiastic about the real thing. If I can’t bear up under the tedium of actual politics and its incremental proposed solutions, why then must it follow I would want the excitement of the barricades?

I had to sidestep new pieces for a while. Yesterday I was granted a few hours in which I might work on them, and so I felt compelled to return to what I had thought of using for the new year, and this poem from American Modernist poet William Carlos Williams was on the top of the stack. It’s called “January,”  and it was published 100 years ago this year. 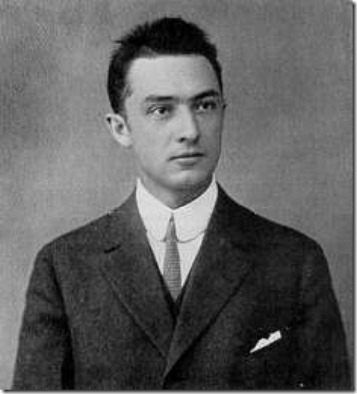 As to doomscrolling vs. poetry, Williams said: “It is difficult to get the news from poems, yet men die miserably every day for lack of what is found there.”

By some caprice of the muses, this century-old “January”  seems to address my situation in this one. Williams speaks of the distractions outside himself as he continues to write, and to winter’s “derisive music” he replies he’s still “bound to my sentences.” I can’t be sure what specifically inspired this poem. Williams could simply be sick of winter, that season that litters itself all over the landscape and then freezes itself in place. Or it could be speaking of his place in the Modernist movement, which was gaining traction culturally while (in Williams’ judgement) it wasn’t recognizing his part in it sufficiently.*

For our own arts, that’s an indispensable act for us: to stay committed to our work. Beside the world’s events that tell me that what art does is not quick acting enough to serve as a vaccine for our society, beside doubts that I should be better at what I do before presenting it, beside my own particular guilts that I should spend less time doing these things and more at promoting it, there’s no work to fail or be ignored unless one does one’s work.

I had to work quickly on the music, relying on some things that have become stylistic standbys for me in this Project: bowed strings (contra-bass this time), electric piano, electric guitar, and drums. In his poem, Williams develops the idea that the distracting winter wind is playing music to interrupt his own word-music. He describes this music as featuring the chromatic scale interval of the fifth. Reading the silent poem, you might think he’s talking about a dissonant interval since he also says twice the winds’ music is “derisive.” But the fifth is instead a sweet interval, even if one plays minors or major scales against it or piles on fuzzy overtone-rich distortion. From a musical perspective, I’m thinking Williams is saying that even the winter winds are not as cutting, honest, and to-the-bone as he wants to write. They’re derisive because they are merely sweet.

The player gadget to hear my performance of Williams’ “January”  should be below, but if you don’t see it, this highlighted hyperlink is another way to play the musical piece. If you’d like to read the full text of the 1921 poem, this is a link to that.

*The collection this poem appeared in was titled Sour Grapes.  Williams thought — and some later critics began to agree with him — that American cultural critics were more enamored of WASP writers and overly eager to establish their own Ivy League version of the Oxford-Cambridge hierarchy for poets and poetry. Williams’ father was raised in the Dominican Republic and his mother was from Puerto Rico. Now of course, both Williams and some guy named Trump both went to the University of Pennsylvania, which is officially in the Ivy League. While Williams did post-graduate travel and work in Europe too, unlike some other American Modernists he was committed to making his poetry speak in, and to, an American way.