This is the most difficult set of words to read coherently that I’ve presented so far in the Parlando Project. Robert Frost’s “An Old Man’s Winter Night” looks on the page like any other chunk of blank verse (“blank verse:” unrhymed iambic pentameter). Shakespeare wrote whole sections of plays with this rhythm, and the walking one/two with a backbeat of an iamb has a forward propulsion that leads the reader to flow through the words.

The problem is, that even the most iron-lunged and fleet-tongued rapper has to pause for breath sometime. In general, it helps to pause for meaning, where the break for breath adds meaning. However, in the Parlando project I’m seeking to merge the words with music, and the musical cycles also suggest pauses. 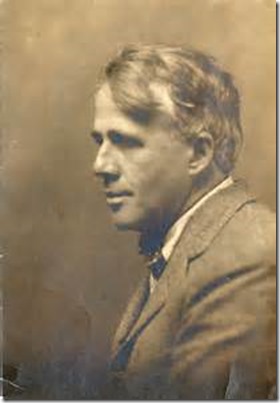 The hippie to the hippie

The hip hip a hop, and you don’t stop

“An Old Man’s Winter Night” was tough because I decided on a cycle of chords for the music, rather than basing the harmony around a drone, or simply “through composing” the music to follow the words without a repeating structure. I made that choice unconsciously, but I think I was responding to Frost. The poem seems to repeat itself, and my sense of the syntax was that the sentences seemed to start and begin again, like unto the central incident in the poem of an old person in a room not remembering why he had gone to that room. So the problem was: where to break the cycle of the circular speaking, keeping to cycling verses of chords, while helping the listener understand the meaning.

I got it almost right I think. I was further inspired as I worked by being in the midst of a Midwest below-zero cold snap while recording this.

I normally do not base my readings on others, though it might have helped me to listen to other solutions to my reading problem. Only after committing to the version you’ll now hear, did I listen to Robert Frost’s own reading of his poem and another good reading which does an excellent job of bringing out the meaning. Of those two, Frost aims to bring out the music in his rhythms, but it’s not a perfect reading. Authors have an advantage, in that they likely know the poem’s meaning—but they are also disadvantaged by that—since they know, they cannot always choose what the listener will need to have emphasized. By combining “An Old Man’s Winter Night” with music, I have another advantage over Frost’s own reading: I don’t have to follow the word’s rhythms closely to bring out the music.

“An Old Man’s Winter Night” embodies aged rural loneliness, something that even today’s modern communications can do little to ameliorate. For those of my generation who only remember Robert Frost as an old man, I’d like to point out that Frost first published this when he was 44. Frost beautifully describes being alone, separated, cut off; evoking all the surrounding emotions of that situation—yet he doesn’t once mention loneliness or any of those allied emotions by name. A great trick to pull off, don’t you think?

To hear my reading combined with music, use the gadget that appears below.