Some things others wrote this week brought to my mind an early post on this blog that has had thousands of web visits over the years: my presentation of William Butler Yeats’ “To A Friend Whose Work Has Come to Nothing.”   Back in 2017 when I performed that Yeats’ poem I couldn’t help but wonder: who was the friend, what was the work that had come to nothing? I probably spent several hours researching that over a couple of days* and came up with the name of the man, the nature of his project, and the final fate of each. The man came to an abrupt end soon after Yeats wrote his poem, yet the project that was his aim eventually became partially successful. You can read that early Parlando Project post via this link.

When I looked back at that post, I found that I had spent the first half of it honestly dealing with the problematic nature of poetry as a method of communication. One can draw an auditable bottom line from those issues: most poets have few readers, many have nearly none. Furthermore, thoughtful, intelligent, deep engagement from those poetry readers would be from a subset of those small groups. That being so, the question of why do poets persist occurs, and that has no simple answer — but one element of that is that the act of writing has an ineffable magic. The very act of saying and recording, even what will rarely and barely be understood, has a power.** 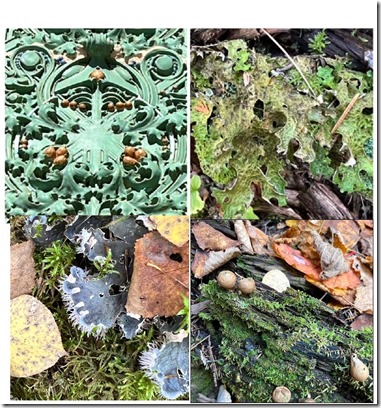 Around the time I performed Yeats’ poem and wrote about my encounter with it here, I wrote a poem of my own which was not successful in performance to the level that I could present publicly. Since the Parlando Project is primarily about presenting other people’s words not my own, it was easy to set this one aside. This past summer I found that old poem as I cleaned up the song-sheets in my studio space, and I considered a new performance of it. Given the way life is postponing my efforts still, finding out what a new performance would sound like took over a week, but I completed a version today. That poem, now song, “Write Me Down,”  is about the challenges, duties, connections, and consolations of life. I fear “Write Me Down”  is a confusing multi-faceted catalog of those things. The handful who read it years ago when new found it uncompelling and impenetrable, but I haven’t had heart or mind to revise it since. But here’s today’s point again: as the title might indicate, it says something too about the motivations to write things down, even poetry, to manifest them for an uncertain audience. We poets have great imagination! We can imagine an honest and merciful judge will read us, and we can do so even where our imagination retains other limits: where and while we don’t know how long we will work with our life, and we don’t know how close to nothing it will come to. We can only know the love in the work.

You can hear my performance of “Write Me Down”  with a graphical player below if you see that, or with this backup highlighted link. Thanks, as always, for reading and listening.

*I was only able to find the significant details that Yeats left out of his poem to make it a more universal and general statement after work with Google’s index of published and not yet public domain books that was part of an ill-fated project that I understand was stopped due to copyright issues. I wish I had noted the book or books where I found that info, but the kind of in-between-life research that I found time to do, and my own general sloppiness, kept me from recording that. I regret that, and have tried later to make a point of linking others’ research that I’m grateful to have found.

**The direct inspiration for this piece’s words as I recall is a blessing associated with Rosh Hashanah new year’s celebration: “Shana Tova Tikateivu,” which means “May you be inscribed in the book of life for a good year.”