Let’s start another roundabout Parlando story. We’ll move from one less-famous poet to another lesser known one through a third one. You’ve heard of the third one.

When I was a teenager and started writing poetry I was quite surprised that I did that. Surprised, and impressed with myself. Writing poetry wasn’t something anyone else I knew did; that meant that the nature of my achievement was clouded, obscured. That singleness added to my sense of achievement with those first poems. I recall sending off a poem to something that presented itself as an Iowa poetry contest. My expectations with that weren’t clear either, but eventually I noted that I wasn’t contacted as the winner.

I considered that result. I thought I was writing poetry and was therefore in the cohort of the greats in poetry anthologies and textbooks. Yet, apparently, I wasn’t even the best poet in my small lightly populated state in a random year. Puzzling.

Well, I was  in the cohort of those that wrote poetry, I just didn’t grasp then how large the numbers that unusual choice would total up cast against the population of the world. I have the same blank opportunities to solve when writing a poem — then as well as now — as prize-winning poets, or those who have reached the minor levels of success poetry is allowed in our culture. What achievement the result reaches — or the different, more quantifiable, question of what level of recognized achievement it reaches, that’s what differs. Still, I’m their equal before I begin.

Emily Dickinson may have had similar questions. When she reached out to Thomas Higginson, the Atlantic magazine contributor, with her packet of verses, she presented herself as wondering about the level of achievement she had reached. Many wonder now if she was being coy, but do we know what she knew, or what she suspected about her poetry? Dickinson’s situation was different from mine* in that though she lived in a smallish town, it was a college town, and so we know that some others in her circle had literary interests, even if her immediate family apparently didn’t. Her friend, eventual sister-in-law, neighbor, and increasingly suggested love interest Susan Gilbert wrote poetry and read Dickinson’s verses. Dickinson also made a habit of sending some of her verses in letters and with gifts to others, though I don’t know enough about how they reacted to that verse. Higginson testifies that she tended to wear people out.

But Emily Dickinson was not the most successful poet from her small town during her lifetime. Another woman, almost exactly the same age, eventually became a well-known writer and poet in her time.

That writer, born Helen Fiske, was a grade school classmate of Emily. Unlike Dickinson she fell into the usual path of marriage and motherhood, marrying at 22. Her first husband Edward Bissell Hunt may have been a remarkable person himself. Dickinson herself thought so. Dickinson wrote in a letter after meeting her friend’s husband that he “Intrigued her more than any man she had ever met.” Edward Hunt was a military engineer, and when the Civil War came, Edward Hunt set to developing some sort of self-propelled torpedo. It was while working on that secret weapon he was killed in an explosion at the Brooklyn Navy Yard. Eventually she remarried, adding the second married name as Helen Hunt Jackson, and became a successful writer. Among those that spoke well of her poetry was Ralph Waldo Emerson and that same Thomas Higginson who Emily Dickinson reached out to. 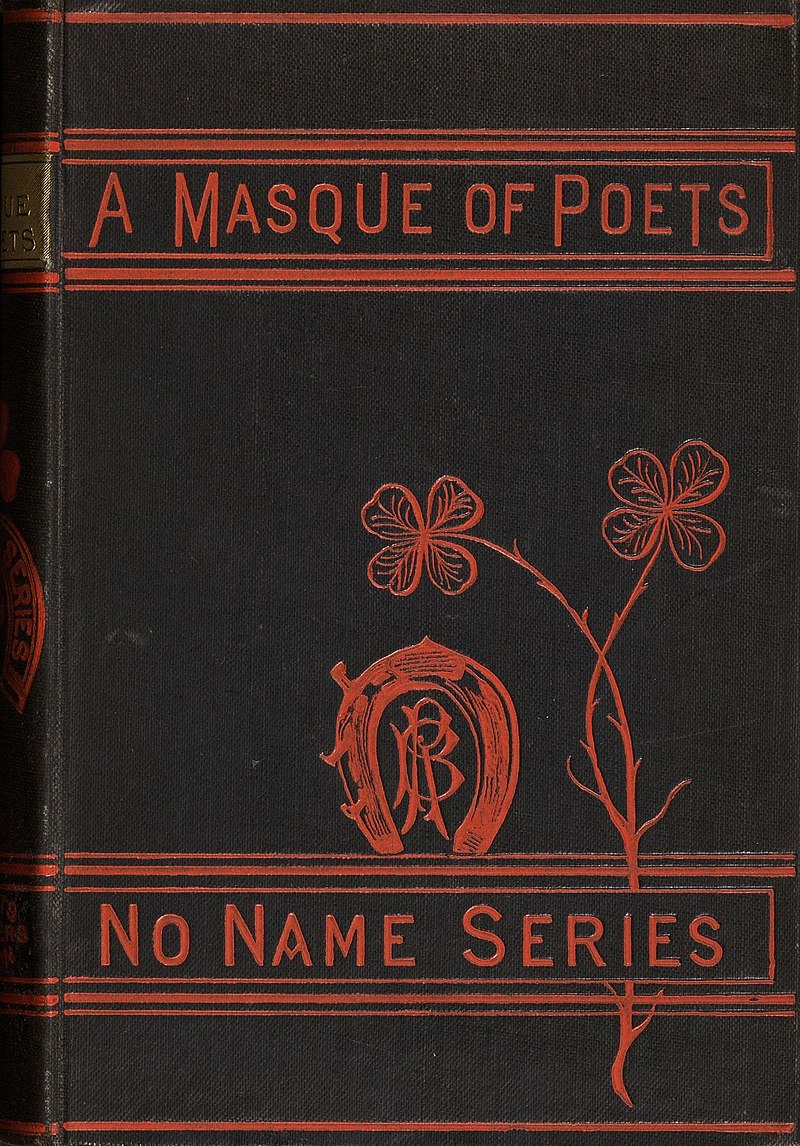 Wikipedia says that Louisa May Alcott, Sidney Lanier, James Russell Lowell, and Christina Rossetti all had poems anonymously included in this collection too.

In 1876 while visiting Amherst Fiske sought to encourage her childhood friend to submit a poem to an anthology she was working on that was to be called “A Masque of Poets.”   This anthology had a gimmick: none of the included poems was to have an identified author. The reader was going to have to encounter the poems each without the authors reputation or a preconceived notion of what that author would be on about. As it turned out, Helen Hunt Jackson had to work hard at convincing Dickinson to allow one of her poems to be included. In the end, Dickinson’s poem was given a special place in the order of this book, as the last poem in the collection (other than a long verse novel that makes up the last half of the book).

We leave this part of our story with an oddity: Emily Dickinson almost never saw her poems in print while living. Perhaps the most widely seen exception to this was her poem that appeared without her name in The Masque of Poets, and this happened because of the efforts of her friend and successful poet who we now have forgotten. What Emily Dickinson poem was it? The one that begins “Success is counted sweetest/By those who ne’er succeed…”

Here is Emily Dickinson in print. But no name.

So now let us return to Helen Hunt Jackson and her poetry, now little known and even littler read. Today’s audio piece, “August”  is from her sonnet sequence containing a poem for each calendar month. Here’s a link to the text of the sonnet.

Jackson’s view of August is distinctive, and it’s far from upbeat for this last month of summer splendor. She starts by calling it silent** (save for the somewhat sinister connotation of insect hums). She calls what color August has “pathetic,” “vain,” and “artifice.” And loss of summer is at hand. Besides being widowed at a young age, Jackson had more than the usual 19th century history of young death of siblings and children. Perhaps that undercurrent of loss informed this cold pastoral of a warm month.

Content aside, this poem’s sound is exquisite, with assonance and internal rhymes richening it. Many lines break, or can break, in the middle, which I decided to accentuate in my performance. I found it a better poem than its forgotten status and elements of 19th century poetic diction would have it be.

The player gadget to play my musical performance of Helen Hunt Jackson’s “August”  is below for some of you. If you don’t see that player, this highlighted hyperlink is another way to play the performance. I’ve been working with some larger arrangements and noisier stuff in the past week, so it was a nice change for me to perform this piece with only acoustic guitar and a little subdued bass. Besides my music, I added one extra line of my own at the end of Jackson’s sonnet, my small exchange writ in water from one unknown poet to another.

*Oh, there’s those little matters of differences in talent and level of innovation. But let’s leave that off for now.

**I am noticing much less birdsong in this dry August from the dawn choirs of let’s say June.