“Jewels and binoculars hang from the head of the mule.” This famous line from T. S. Eliot’s modernist epic “The Waste Land” —oops! I’ve become confused here. As part of our celebration of National Poetry Month this April, I’ve been performing “The Waste Land”  and dropping the mixtape here as I complete a section. We’ve completed the first part “The Burial of the Dead,”  and this week I moved on to the start of the second section.

That section, sub-titled “A Game of Chess”  opens with an elaborate descriptive passage with lines quoted from older literature, with paraphrases and references of stories dating back to Classical Greek. It’s opening lines are cribbed from Shakespeare’s description of Cleopatra. The section’s sub-title itself is taken from an allegorical play first performed at Shakespeare’s Globe Theater.

Throughout “The Waste Land”  Eliot does this. He’s sampling. He thinks these bits will add flavor, perhaps even to those that aren’t as well-read and as he was in 16th and 17th Century literature. But this is also part of one of his tactics in his poem, to portray the specific malaise and suffering throughout Europe after the First World War and his own personal depression and chaotic marriage as something adrift in time, an infinity echoing inside the museum of Western Culture.

In this opening section he’s describing a woman in an over-decorated room full of upper-class bling and old-fashioned mannerist art that makes only sentimental reference to searing tales. As he describes this his syntax is convoluted, his sentences run-on, his poetic line breaks disassociating. And all this is in service of a segment when nothing, absolutely and intendedly nothing, happens.

As I re-encountered this section I had that flash of metaphor that I love. Metaphor is the powerful fusion that occurs when two things unite into one expression. Eliot’s room may be decorated differently, but the room seemed familiar, the language usage brought forth déjà vu, the air in the radiator pipes rumbled, the heat pipes just coughed.

How much did T. S. Eliot, “The Waste Land”,  or this section of “The Waste Land” enter into Bob Dylan’s toolbox? The two poets share some common influences from French poetry. Both love to mix highbrow and lowbrow references. Both quote and paraphrase other writers, though in Eliot this is usually considered scholarly, and with Dylan it’s too often taken as evidence of plagiarism. Sometimes Dylan is just Eliot without footnotes.

All I have to go on is a passing reference to reading and finding some value in Eliot in Dylan’s memoir “Chronicles,”  and the line in Dylan’s own waste land epic “Desolation Row”  where “The Waste Land’s”  editor and dedicatee Ezra Pound and Eliot are fighting in the (ivory?) captain’s tower. That’s plainly thin evidence. The flash of metaphor don’t care,  these two moments of decorated stasis feel similar enough to inform this performance. 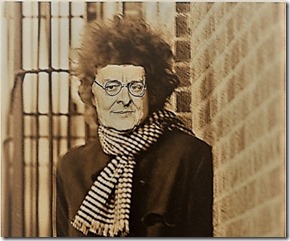 “These fragments I have shored against my ruins—and Shatzberg, I know it’s cold out here, but can you at least focus the camera…”

I got part way into this recording of the first part of the second part of “The Waste Land”  as illuminated by Bob Dylan’s “Visions of Johanna”  before I decided I’d go with more than memory and listen to the canonical recording from the “Blonde on Blonde”  record. I’ll have to say that my memory-track of “Visions of Johanna”  is mostly a mashup of the various live versions performed solo with acoustic guitar and harmonica in 1966, where Dylan’s “you’ll like it, or you won’t” singing makes every word tell. Dylan had a hard time getting an electric band version recorded that same year, perhaps because a Rock’n’Roll song about stasis is a hard thing to make. On reencountering the “Blonde on Blonde”  version, I took some inspiration from it: the organ player who gets lost partway in, the importance given to the bass part, and the drums that follow the ebb and flow of the singing. I’m not trying to duplicate the record, just tipping my hat to its effects.

This is the sort of thing we do here, even on months that aren’t National Poetry Month, bringing music to poetry and illuminating poetry with music, reencountering familiar poems to see something new in them, finding lesser known poems and presenting them. We do that a little different each time, as a visit to our archives on the right side of the page will demonstrate, but to hear this part of Eliot’s “The Waste Land” performed, use the player below.