Edna St. Vincent Millay was another poet who offered little to the “New Criticism” critics who largely set the canon for the 20th Century, even though her career, which covered the first half of the 20th Century, ran almost exactly through the same time as Eliot, Frost, Pound, William Carlos Williams, and Wallace Stevens, and even though she achieved significant readership and a level of awards and accolades while living.

What was their problem with Edna St. Vincent Millay? Well her popularity would be a negative in some lights. In this regard, critics are often no different than the record store clerks of my own day, whose estimation of any indie band would inevitably drop as soon as they achieved a widely-played record. And there’s the “her” and “she” problem. The level of disbelief of the idea of a woman artist probably varied among these critics, but literature was still a very male world at that time and unconscious prejudices are a given. But even if we skip those two, frankly illegitimate, factors, there is the issue of Millay’s plainspokenness. 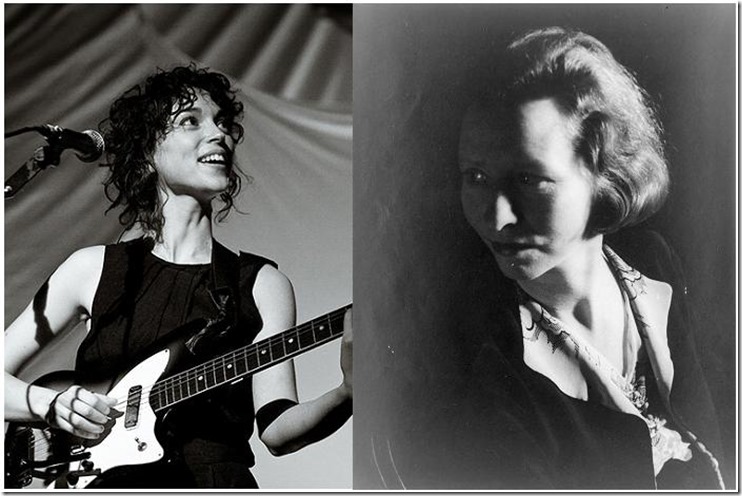 Clark has said the stage name came from a NYC hospital, but if that’s so, it’s a remarkable coincidence.

Odd isn’t that? This value that you might rate highly in friend was held as low regard by the New Critics, who likely thought it common and unremarkable. A Millay poem typically says exactly what it means, right out. There may be images, but they might not pass Imagist muster. They aren’t stark omens whose meaning is felt and then deciphered, they may be more like the illustrative images the Imagists wanted to leave behind. Millay’s all tell and too little show for them.

And Millay’s language often seems stuck in the 19th Century too. Some lyrical poets like Yeats and Frost adopted Modernist tropes and were able to make their rhymed and metrical poems sound more like contemporary speech. Millay sometimes seemed to be reading from a somewhat musty library book when composing her poems.

The most extended image in “Sonnet 43”  is a bare winter tree, which could be a borrowed image, or a homage, and I choose to manifest the later in this performance.

Can our modern (post-modern) age free up some respect for Edna St. Vincent Millay? I think so. With contemporary poets, we now sometimes value plainspokenness. And the cluster of things that Millay spoke plainly and honestly about include love, sex, and desire.

This sonnet was published in 1920, it’s nearing a century old. If we slide over some of the 19th Century “poetic diction” (something I found easy enough to do when performing this) it’s as honest and as nuanced report on the state of a heart as anything written then or now.

And if one must have ambiguities for art’s sake, honesty can contain that too. Some read this poem as bitter, or a lonely-hearts club statement, or as regret for a life that Millay’s time would’ve called promiscuous. That’s not how I understood it to perform it. I think the speaker is recalling an active love life they rather enjoyed. They reveal themselves (honestly) as something of a sensualist. As the Petrarchan sonnet wraps up its octet, the speaker allows a touch of regret about those lovers who turned to the speaker at midnight “with a cry.” What did the speaker offer them? I think the closing lines say some “summer,” a summer that “sang in me”—that is, that summer is not something the speaker intentionally gave or offered, and the speaker doubts that the muses of that summer offering will still speak through her. William Carlos Williams—unlike Millay, following all the Imagist rules—touches also on the caprices of summer and fulfilled desires in “It Is a Small Plant,”  but some are more accustomed to a male author speaking ambiguously about the honest incursions and boundaries of desire.

Perhaps this poem benefits with some listeners in being heard performed in a male voice? I can’t say for sure on that.

Among the 20th Century admirers of Millay’s verse were my father (who grew up on the 19th Century Longfellow and the like, so Millay’s 19th Century diction was no bar) and a distant cousinoid of mine, the modern American theater pioneer Susan Glaspell.

I rather like the musical accompaniment for this one. I worked quite a bit on the drum part trying to bring out different colors, and for the bass I was able to supplement the electric bass with some bowed contra-bass, which is one one of my favorite sounds in the world. Ironically, Millay started out wanting to be a concert pianist, and the top line here is one of my naïve piano parts. To hear me perform Edna St. Vincent Millay’s “Sonnet 43”  aka “What lips my lips have kissed…”  use the player below.

One thought on “Millay’s Sonnet 43”