Our last audio piece this month had American satirist Mark Twain pointing out incongruities in the longstanding trope of the tortured poetic genius who dashes off “weird, wild, incomprehensible poems with astonishing facility, and then gets booming drunk and sleeps in the gutter.”

How far back does that trope go? Well at least to 8th century China, and the authentic poetic genius of Li Bai.*  Li Bai and Du Fu are the two most highly regarded poets of the Tang dynasty period, and given that the Tang dynasty can be viewed as the artistic high water mark of an extremely long and wide culture, that makes this pair probably the most esteemed Chinese poets. The metaphor is rough, but unavoidable: either have been called “The Shakespeare of China.”  Their lives overlapped, they knew each other, even wrote poems that drop each other’s names.

Li Bai both by reputation and through the persona that appears in his poems, has some similarities to Twain’s poetic genius. References to wine** in Chinese poetry are legion, but even against that background Li Bai stands out for the number of poems he wrote about the consumption of wine and examination of intoxicated states. The Li Bai poem I’m performing today, “Drinking Alone Beneath the Moon”  is one famous example.

I think this poem pulls off a neat trick. Somewhat like Twain’s “Genius,”  on the surface it’s comic: Li Bai portraying himself as a sort of Falstaffian character whose meditation practice this evening in nature is to get hammered on some juice. But to my reading this short poem also portrays the progression of his intoxication subtly. The opening has him cleverly figuring out how to bypass any guilt from society’s admonitions regarding solitary drinking. And then he quasi-surprises himself that his plan is only partly working. I love the image of him finding that his shadow is merely a disciple—that Shadow will only follow Li Bai’s own drinking and not spur him on by proposing additional draughts. Then as his hand gets less steady, the moon’s reflection in his wine cup wiggles and dances. He of course doesn’t sense that he’s  getting unsteady himself, but that shadow guy, he sure looks shaky.  Finally as intoxication becomes deeper, he senses that his senses are going to be blotto, that the disciple Shadow-man, the companion moon, and yes even Li Bai himself are going to be out of it, cast off into some state not in the here and there of his actual moment.

Where does he go, where does his imagination go? The final image is of stars, moving, swimming it seems, movement-blurred. These could be the actual stars if he’s now flat drunk, or even abstract visual stimuli as his consciousness slips away. Footnotes in some translations tell us the idiom Li Bai uses in his ending may be understood as the Milky Way, the visual smear of our own stellar galaxy visible on some clear non-light polluted nights. My reading is that Li Bai may be using that image, but any stars are blurred and multiplied to his character in the poem now.

My new translation of Li Bai for today’s performance.

Oddly, it takes a clear-headed poet to portray drunkenness. Twain may have had some moment of empathy for his dying in rags and dirt “Genius”  poet, however foolish he can portray him. Li Bai starts his poem alone—and though he imagines his two drinking partners, he knows that they too, not unlike real companions absent at the start of his poem, will disappear with his consciousness as the wine flows.

In the original Chinese, Li Bai was a meticulous poet, observant of the traditional forms, a fluent user of rhyme and the Chinese version of meter. I can’t tell if any of the poetry Twain’s genius wrote justified the rough and foolish life, but from Li Bai’s esteemed poetry we know that whatever is true of his now legendary life, that his poetry gives us something worth reading. It’s possible the poet Li Bai used the character Li Bai, the dauntless romantic unconcerned for moderation—just as Samuel Clemmons, the ambitious young man who fled west to become a writer, used the character of Mark Twain.

I’ll probably write a follow-up post regarding the process I went through in creating this original English translation of Li Bai’s poem, but in summary, my observation at the start of that task was that most existing translations worked hard to be poetic, and some achieved that to a degree, but at a cost of not vividly embodying the process and character of the poem’s speaker. So, I went another way.

Musically this started out as a rock quartet: two electric guitars, drums and a very saturated overdriven bass guitar that sounds almost like a synth bass. I used some woozy Mellotron strings again, adding a bit of simulated worn tape cartridge wobble. I was going to go with the infamous Mellotron flute (any two or three notes using that, and many will forget what you’re playing and start to go: “Let me take you down, where I’m going to, Strawberry Fields…”) and then I thought: why not a Chinese bamboo flute instead? The last part I played was an approximation of a guzheng, a long scale zither-like Chinese instrument that I thought of since I had recently seen some examples in a museum this summer.

The player gadget to hear my performance of my fresh translation of Li Bai’s “Drinking Alone Beneath the Moon”  is below. Don’t see a player? Here’s another way: this highlighted hyperlink will play it too.

*The names we type and read in western alphabet for Li Bai’s name are approximations, and the schemes have varied. Li Bai is also rendered as Li Po and Li Bo and if we take the carom shot off the backboard of Japan’s pronunciation (as Ezra Pound did), he can also be called Ri Haku or Ri Taihaku.

**I had to look and see as I worked on this translation what kind of wine was common in 8th century China and would be known to Li Bai. Most Chinese wine in those days was grain-based from millet or rice. There were regions that made fruit wines then, but they were much less common.

Let’s begin, as a river or a journey might, at the beginning. Back in the 9th Century in China there were two great poets. One of them we’ve already met there: Du Fu. He was known for his wisdom and level-headedness. The other was Li Bai (his name is also written in western letters as Li Po and Li Bo, and in Japan as Rihaku) who was known for his more excessive existence. In China both have been continually revered, but in early 20th Century Europe or America, they were nearly unknown. Only scholars interested in off-beat subjects knew of these men’s work.

One such scholar was an American, Ernest Fenollosa, who had traveled to Japan and become deeply immersed in Japanese culture, and as a sidelight to that, he also was exposed to Chinese culture. Early in the 20th Century, Fenollosa was one of a group of Americans living in England. We’ve met others here who were part of this “reverse British Invasion” of Americans: Ezra Pound, Robert Frost, T.S. Eliot—and you’ll soon get to meet another, H.D.  Fenollosa then died in 1908, still in London.

Here’s were something fateful happened. Fenollosa’s widow, for some reason, gave Ezra Pound a bunch of her late husband’s papers. Pound was a young man who was trying his damnedest to start some kind of artistic movement in London. In the papers were scholarly prose translations of Li Bai’s poems done by Fenollosa and two of his Japanese associates, Mori and Ariga. 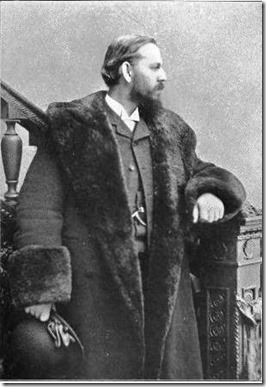 Pound fell upon these scholar’s notes. He’d already sought out other old poetry for inspiration for his revolution (much as the Pre-Raphaelites had looked backwards for something fresh), but in this old Chinese poetry he found what he was looking for. It was concise. It was free of centuries of cruft that English poetry had accumulated. And Pound naïvely felt that the poems themselves grew out of the ideograms for their words, Chinese characters which had evolved from drawings of objects. He had found his poetic revolution. Poems should be constructed of little more than images. Not images in the sense of elaborate similes or strained allegories, images in the sense of a presentation of the direct observation of the poet, unadorned. Pound published what he created out of those scholars’ notes as a ground-breaking poetry collection “Cathay,”  and he quickly began to compose his own modernist poems using his epiphany.

If Fenollosa hadn’t died in London, and if his widow hadn’t given this tranche of papers to an artistic provocateur such as Pound, it’s possible that Li Bai would be no better known in English today than he was in 1908, and it’s even more likely that poetry in English from that point on would have evolved differently.

If Fenollosa hadn’t died in London, and if his widow hadn’t given this tranche of papers to an artistic provocateur such as Pound, it’s possible that Li Bai would be no better known in English today than he was in 1908, and it’s even more likely that poetry in English from that point on would have evolved differently.

Seems like a miracle when such things line up, doesn’t it? Well, here’s something as miraculous: though “The River Merchant’s Wife’s”  source was written over 1200 years ago in a culture so far removed from America that the childhood legend was that one would need to dig a hole through the center of the Earth to get there, even though it comes to us filtered through non-Chinese scholars, and even though the particular words I’ll use today to express it were written by an avant-garde poet whose work remains little-read and understood today, many people have an immediate deep emotional response to this poem the first time they hear it.

Isn’t that odd? All that strangeness in customs, place-names, time, provenance—and yet more: it’s a poem of female desire written in the voice of young woman by a man, and translated and transformed by men. And yet, woman and men, young and old, hear it, and they feel the pangs of desire and separation just as much as any 9th Century resident of China—even though the poem, following the tenants of what Pound would call “Imagism,” barely mentions the speaker’s emotions (“bashful,” “desired,” and the only present-tense one, “hurt.”)

I know I felt those things when I first heard it, aged perhaps 21 on a sad journey with a young woman. I hear it now as an old man too, and think once again of my friend John, and of China. The place, Cho-fu-Sa, that the river merchant’s wife says she will go out to meet her husband is, I’m told, hundreds of miles from her village in the poem. What is such distance to the heart?

To hear my performance of “The River Merchant’s Wife: A Letter”  use the player gadget at the bottom here. Since this post is already long, I’m not going to talk much about the music today. The higher-pitched string instrument you’ll hear is my approximation of the pipa, a traditional Chinese lute. There are many moving recitations of this poem available online, but to see an entirely light-hearted modern translation of “The River Merchant’s Wife” after listening to mine, view this one.