I’m sure many readers here are enjoying spring or its imminent promise. In Minnesota, not so much. It was 4⁰ F. when I awoke this morning, and everyone is already flinching for another snow-storm due this weekend. So let’s have one more winter piece, this time by Wallace Stevens from his landmark collection Harmonium, “The Snow Man.” 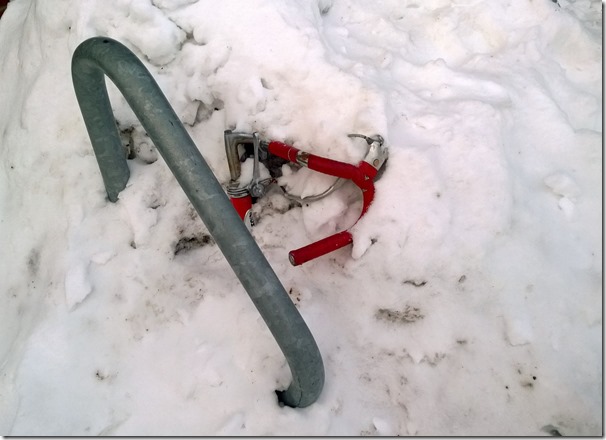 Over at the Interesting Literature blog, Oliver Tearle reminded me that Stevens was influenced by John Keats as a younger man, and in his reading of “The Snow Man”  he has Stevens’ poem as a statement of his break from that youthful connection. Keats, and the romantics of his sort, were great fans of the pathetic fallacy and have no shame in ascribing to any landscape or natural object feelings and personality that the poet can address.

Even if we think that talking Keatsian nightingales bearing messages is an absurdly old-fashioned trope, we’ve never left the idea that weather or a landscape is supposed to mean  something. Book, movie, poem, song video—if we’re given a bleak winter picture we’re usually led to understand that death, suffering, despair, scarcity, loss, or the like is what’s being conveyed.

In “The Snow Man”  Stevens describes a winter scene. Snow-trimmed trees in an icy wind which is carrying refracting snow crystals. Stevens’ conclusion from this is ironically—well there’s no other way to put it—cold. We’re not supposed to draw any meaning from it, other than meaning-free is-ness.

It just so happens, that Keats wrote his own short lyric poem about winter “In the Drear Nighted December.”  And yes, there’s immediately an emotion attributed to a bare-branched tree wind-whipped by sleet and then to a frozen brook in Keats’ poem.

Woah—why happy? Because Keats has these landscape features also in a state of simple is-ness. They reckon no loss from summer, know no delay ‘till spring.

Keats Buddhist koan is “to feel and not to feel it.” Stevens, “Nothing that is not there and the nothing that is.” These two poems approach in seeming opposition, but merge in agreement. 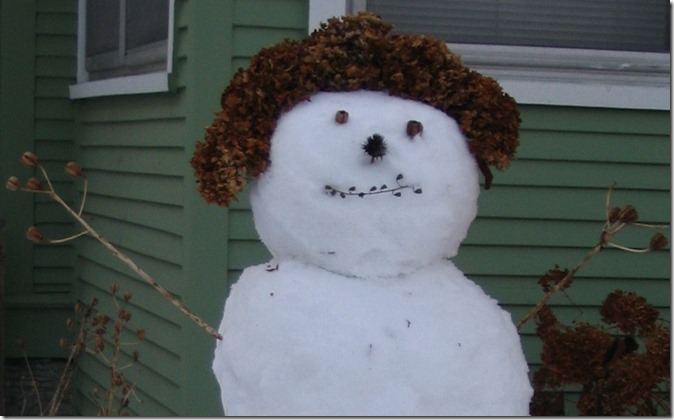 One other thing in “The Snow Man”  to note: where’s the titular snow man? Perhaps including one in Stevens’ scene would add a connotation of jolly play, or the impermanence of artistic making—but if that’s so, why call the poem “The Snow Man?”  Could it be a mind trick, the equivalent of instructing “Imagine a winter scene, but I don’t want you to see a snow man in your imagination. Make very sure  you don’t even think a little bit about a jaunty snow man or an elaborately constructed one now melting…?” Tearle’s solution is that the snow man is the speaker of the poem, the “nothing that is” there, the cold observer that we don’t see because we’re looking from his cindered eyes.

My performance of Wallace Stevens’ “The Snow Man”  can be played with the gadget below. If you’d like to read along, the full text of the poem and Oliver Tearle’s short discussion of it is here. Want to hear Keats’ “In the Drear Nighted December?”  We presented it here a while back as part of the Parlando Project, and we have over 300 other audio pieces archived here ready to listen to.