This will be a short post. The last day here has not been a good day for thinking of this project and my planned series from Langston Hughes’ first book The Weary Blues.  I’d intended to do a version of that book’s title poem, I’d even begun to collect some ideas in my head: different sections, different instrumentation for those sections — a fancier, fuller arrangement than I’ve had time to do this year.

Wednesday morning a young man got killed in a police raid in my town, never a good thing, but something that frankly has a lot of possible contexts. Since then we still don’t know everything, maybe not even enough yet — and yet here I am tempted to write something about that: that it’s a horrible act, stinking of systematic issues that existed long before that 7 A.M. no-knock raid, things that go beyond the specifics of the Black man killed; and a (likely white) cop shooter whose job it was to go, for us, inside a stranger’s door, apparently looking for a murderer and ending in a new killing.

If you’re not in our local area, you probably haven’t even heard of this. Apparently, this is an aberration that isn’t shocking or novel enough now. This is not a public policy or political information project, others will serve you if you feel in need of that. 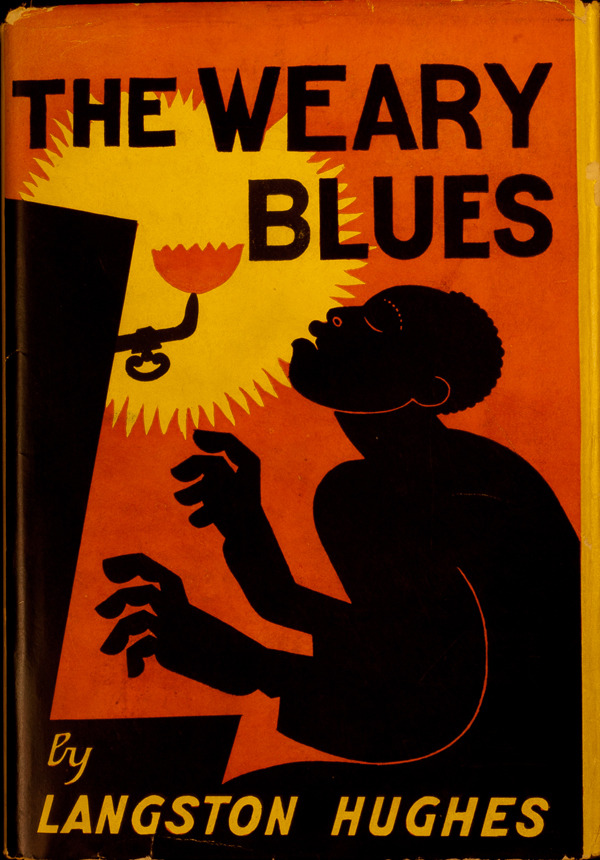 Cover of the original 1926 edition of The Weary Blues

Still, I’m deeply ambivalent today about my chosen project. When Langston Hughes wrote “The Weary Blues”  in the last Twenties, almost a hundred years ago, racism, ignorance, prejudice, injustice, class-caste system — all were old enough to be blues one could be weary of. So now so, more weary so — and we’re alive to feel’em. Perhaps I’ll write more this weekend, but I was feeling our current hurt today, and less any release of joy or the blessings of overcoming.

Instead of fully realized version of Hughes’ “The Weary Blues,”  what I’ll offer today is more like a quick demo: a beat, a guitar playing simple chords. When I finished laying it down, and with no more than a couple of minutes until I had to get off mic in my studio space, I started to riff on a variation adapted from another song, and I left a couple of lines of that in the fade out. That secondary song takes off from “I’d Rather Go Blind,”  a song about love gone bad, where the heartbroken singer declares they wish they were blind so they wouldn’t see their unfaithful lover. In my variation, we ourselves must ask, heartbroken at things we don’t want to see: do we want to go blind? Is that what we want, would prefer? To just not see the hurt?

Player gadget below for some to hear my sketchy demo of Langston Hughes’ “The Weary Blues”,  or this highlighted link for those who can’t see that.