It’s leap year, and the last time there was one of those, Dave Moore wrote this song about the mysterious cosmologies and quantum physics of love.

We’ve already met Stephen Hawking here, though in a roundabout way, as the universe may be. When Hawking died a couple of years ago, at his public memorial an astronaut read a passage about the cosmos from a Percy Bysshe Shelley poem to eulogize the great cosmologist. Coincidence? Well I looked, and I was surprised to learn that Shelley, that early 19th century romantic poet, could write on the physics of light and calculate the speed of a light-year. Not quite quantum theory, but a better performance than many poets today might do. Romantic wonder and physics may be objects that are closer than they appear.

I suspect Sadie Hawkins is a more obscure star in our firmament these days than Stephen Hawking. Dave would know Sadie first-hand because he’s much more knowledgeable than I am about what once were comics and are now whatever they are fancied as an art form. Back when they were funny papers Sadie was created by cartoonist and satirist Al Capp. 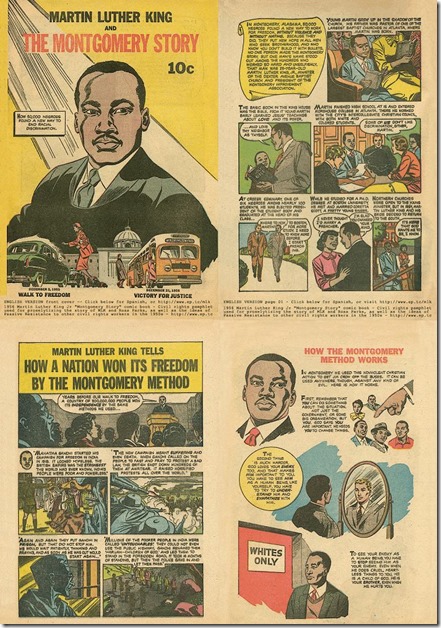 Al Capp ran a comic book company too. In 1957 he published a comic book about the Montgomery Bus Boycott, which helped bring to the fore Martin Luther King. The story in Dave Moore’s family is that his mother typed MLK’s thesis in Boston. Like I said, objects are closer than they appear.

I can’t quite fathom how to condense Capp into a short blog post. I proudly thought I could come up with two or three sentences to sum up Capp’s career—but that’s impossible. His Wikipedia article covers the high points I guess. I will say that by the time I was reading comic strips the Al Capp mythos was probably past its prime and unappealing to me. But that didn’t mean that I didn’t know Sadie Hawkins. Schools still had annual “Sadie Hawkins dances” where young women were licensed to ask men to a date or dance, and all this (along with some legends about Irish Saint Brigid) got melded into a tradition that women could propose to men on Leap Year day.

That’s enough to get you into Dave’s song. As long as you’re willing to entertain a song about a once highly popular cartoon strip and theoretical physics, you’re the audience for this one. I don’t know if that’s enough to fill a Sadie Hawkins Dance floor, but the wallflowers are more interesting there I’d think.

How do quantum forces work? I doubt I know more than Percy Bysshe Shelley. I planned to present this piece for leap year day sometime back, but what did I think two years ago when I heard Shelley’s poem? That he had written of a mazzy  heaven, and that flavorable word brought me to think then of Mazzy Star, an indie rock group that can trace its way back to Minnesota about the time Dave and I started to make music together. Now as I write this post this week, I read that the person whose particle path made that traverse, Mazzy Star principal David Roback, has just died.

The player gadget to hear the LYL Band perform Dave Moore’s “Sadie and Stephen Hawkings”  is below.

2 thoughts on “Sadie and Stephen Hawkings”