Many things have sideways value. Poetry for example. Its mnemonic features give us poems to remember things, like the number of days in a month. And words have their own music, so much so that even verse in a language we don’t know can sound beautiful in an abstract way.

Politics too and public events, for all we toil in or tire of it, has sideways virtues. I’m not much of a philosopher, but a poet like Wallace Stevens still pulls me into philosophic thoughts with his word music and his choral structures. And it seems to me that our current political world, even without intent, is calling us to think about belief. Not just what we believe (a question we sometimes do not pause to ask), but what are the consequences of our beliefs for ourselves and others.

Since the Parlando Project is about poetry meeting up with music, I’m not going to attempt a grand 500 word summary that lays out a philosophic framework for answering such questions today—I’m probably not capable of it—but I am going to offer a new Dave Moore song that makes a useful list to remember, has some nice music to it, and could lead you to ask a few questions.

Dave’s song is called “Five Kinds of Truth.”  In my introduction of it today I’ll ask you to consider what the lyrics speak of as “truth” instead as “belief.” Philosophically, or in any strict sense, those two terms: belief and truth aren’t the same thing. But informally and humanly we equate and relate these two things all the time.

Could one fit Rilke’s “Letters to a Young Poet” into dialog balloons? Nite Owl #1, art by Joe and Andy Kubert, written by J. Michael Straczynski

Here’s what Dave said about how he came to be inspired to write “Five Kinds of Truth:”

After loyally refusing to read the prequels written by others for Alan Moore’s Watchmen  series for years, I finally broke down when they showed up at the library.

Copyright loyalty aside, they were really very good.

J. Michael Strazinski did a particularly great job with the Nite Owl character, and during one of the soliloquies in search for identity was the concept of 5 Kinds of Truth.

Which I lifted and rephrased because it was too good not to.

Concepts his, words mine.”

So, what did Dave do with this, and what did the LYL Band do to accompany it? Use the player below to find out.

Let’s get one more Halloween appropriate piece in before the holiday.

We’ve featured a lot of words from Dave Moore this month, but not enough of his voice, so let’s get to that with a performance by Dave backed by the LYL Band. Dave’s a founding member of the LYL Band, singing and playing various keyboards with it. Beside his own band, Moore wrote lyrics for other bands back in the beginnings of the Twin Cities punk/new wave/indie rock scene. Around the same time, Dave worked with Kevin FitzPatrick on a well-loved literary magazine “The Lake Street Review.”  Besides poetry and songs, Dave Moore has produced the comic “The Spirit of Phillips”  for many years.

Besides Dave’s words, voice and keyboards that are often present here, you’ve also read me talking about Dave’s father, Les Moore (he of the Bauhaus name). That should be enough background from me.

I found Moore’s “Did You Miss It” mysterious, in a good way, so let’s let him tell us how it came to be:

“I could have called this ‘3 Moores Stew,’ where the ‘philosophies’ of Dave, Alan and Les collided in my head around the issue of predestination. It’s also an attempt to celebrate first-and-only-take songs.

For my birthday last year (#67), I got (my hero) Alan Moore’s 1200-pg. novel Jerusalem.  Wonderful, literally. Took a while to read such an intricate structure, and parts of it started to show up in my dreams.

Concurrently, I was editing my dad Les Moore’s sermons, typing over 50 transcripts. I’d class him as liberal Methodist, the admirable socially involved 60s Christian. I heard him speak every week till I went off to college & expected that many of his words would bang something up from my subconscious.

The lyric starts in Alan-psychogeography-zone, where one of his characters is choking to death for hundreds of pages as reality is explicated.

The joke of the chorus is also from Jerusalem, shared by Sir Thomas More with another shade. How could you miss the free will you didn’t have?

4th verse (‘Lights go on’) Dave points out you make your own beauty & might as well enjoy it. If it’s yours, you can get the joke.

Unlike most of my mistakes, those in the concluding instrumental are intentional. If everything’s pre-destined, who would bother pre-scripting this? Or could they?” 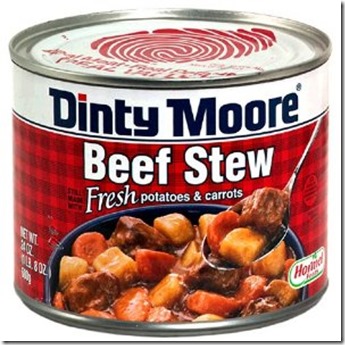 “Beef stew, I tell you there’s no beef stew…”

Dave points out the contrast we get from having LYL Band performances mixed with the more composed stuff here, where I play all the parts. “Did You Miss It”  is one of those “first and only takes songs” that we’ve done, were the arrangement and parts are happening just as the recording light is lit. Trick or treat? Mostly treat here I think.

Use the player below to hear Dave’s song.