Today’s audio piece is another by Christina Rossetti, connected through family with the Victorian art and literary movement that called itself the Pre-Raphaelite Brotherhood. In their painting and artwork, the Pre-Raphaelites often appeal to me. The paintings sometimes have a stunning, oversaturated palette; and they are fond of symbolic and esoteric subjects which fill the paintings with interesting details. 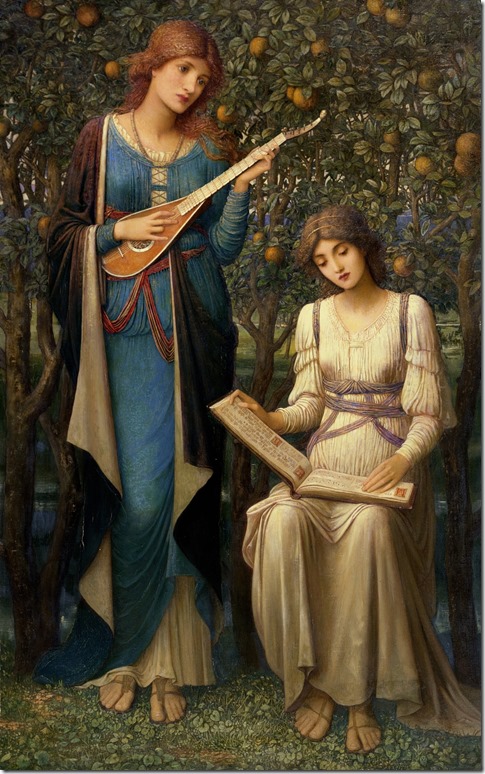 on guitar, just so Frank can play simple black key stuff on keyboards

Many associated with the PRB wrote poetry as well, but when I’ve gone looking for pieces I can present as part of the Parlando Project, the brothers in the brotherhood just didn’t do much for me. Surprisingly, the poet who did was Christina Rossetti.  I don’t recall if she was even included in the “New Criticism” curated English literature anthologies of my school-age youth. She isn’t a poet with a lot of flash and filigree. A poem like today’s has not a single arresting image, and its language is simple too.  Using the criteria of the Modernists who came to dominate the assessment of poetry in the 20th Century, this poem should have nothing to recommend it.

So, what does it have or do, why did I bother to write some music for it and perform it for you?   Well, first it has a refreshing modesty of expression. This is a song of longing from first to last, a universal human experience. And the subject of the longing, is it for an earthly partner, the age-old “when will the right one come along” wish? Or is it for an otherworldly, completing partner, a presence beyond the moon and stars? Despite Rossetti’s homey words, it could be either, and the alteration of “near or far” with “far or near” in the 2nd and 3rd verses encourages us to see it both ways.

If one must choose which supposition, I lean to the spiritual object, and if so, the image, such as it is, if off-screen here: earthly love may stand for the longing for religious meaning and connection. The last couplet, the dying leaves falling on “turf grown green” is strangely incoherent, and it reminds me of some of images or rebirth and salvation in British folklore, leading me that way.

But if could also be a song of simple earthly longing for a suitable partner. Adding music to Rossetti’s “Something or Other”  both adds decoration to the simple words and allows the listener to relax in that ambiguity without a need for an immediate conclusion. 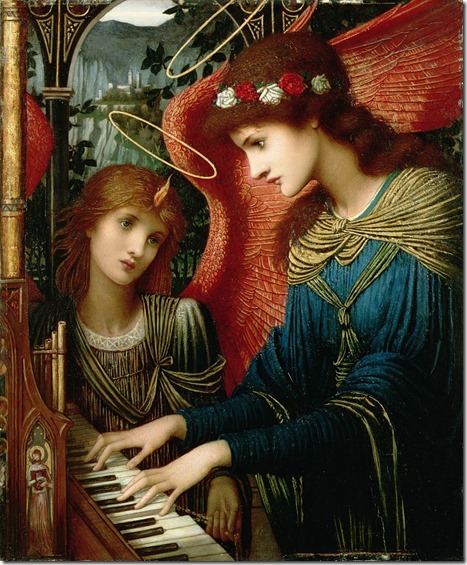 See, E flat is so easy on piano, even saints can play it.

Today’s music for Rossetti’s poem combines acoustic guitar with some cello and strings integrated with a couple of piano parts in the background. It’s another short one, so go ahead and use  the player below to listen to it.

One thought on “Somewhere or Other”