I’m going to ask you to not read these notes yet. Listen to today’s audio piece first at least once. It’s short, two minutes long, it won’t take long. The audio player is at the bottom of this post.

OK, now you’re back and you’ve listened to the piece at least once. Do you think the words were written recently? Do think it’s a satire, some kind of sly Machiavellian comment on a particular modern politician?  Do you think it’s Donald Trump’s first draft of his recent speech to the Boy Scouts? Or perhaps is a secret litany of personal affirmations? It does at times seem like a twisted take on self-help.

So what is it?

It’s my quick and dirty attempt at a version of a section of the “Surrealist Manifesto”  written by André Breton in the early 1920s. The Manifesto  is sort of a grab bag, part a sincere plea for a deeper and broader application of imagination in art, part a catalog of examples of how unleashed imagination has already been applied, and part is indeed a parody of a certain genre of self-help, the kind published by occult gurus of the time. 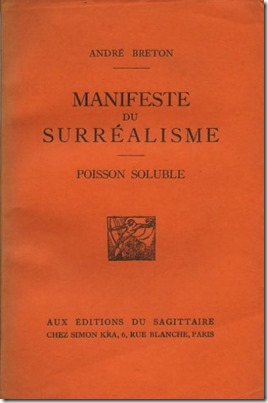 Not the Boy Scout manual

My piece is taken from that parody segment, and I’ve departed from conventional translations in two ways. First, to disguise it, I removed one phrase specifically mentioning Surrealism, and secondly, I’ve chosen my own idiosyncratic translation of the phrase “Peau de l’ours” in it. This is a condensed version an old and French saying, “Don’t sell the bear skin before you have it.” (a French version of “Don’t count your chickens before they hatch.”) Breton may have been using that cliché to contrast with the religious campaign-promise of heaven, but he also could have been refereeing to a hedge fund of his time which used that exact Peau de l’ours” name. And critically, what the investor group bought (and later sold for tremendous profit) was modern French art. “Hedge fund” gave me both ideas in a way that would be meaningful to a 21st Century English speaker. 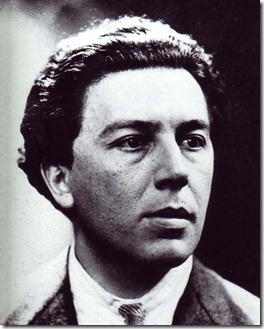 So Breton, as he often does in his pronouncements, is mixing the absurd, with recognizable satire, with sincere advice. But briefly, before I go, I ask you to think about a bigger question. What does it say that some modern artistic principles sound like they could be descriptions of Donald Trump’s (or other similar politicians) philosophy? Is it that Trump doesn’t have a philosophy, only that he finds excuses or rationalizations? For past politicians, we would say they lack a sense of irony, but Trump speaks ironically so often that one wonders if there’s a word for unconscious irony. Could it mean that the sincere iconoclastic individualism and commitment to their own personal freedom that 20th Century artists thought they needed as a corrective to disasters like WWI and a restrictive society and its expectations, is now leaching upward to more powerful men in conventional professions?